Showing posts from August, 2012
Show all

Late night television options used to consist of a movie, something on UHF and "The Tonight Show."

The air space after the local news was ruled with an iron fist by one Johnny Carson. ABC made a run at Johnny when it debuted "Nightline" in 1980 with Ted Koppel (a show born from the Iran hostage crisis), but Johnny was the unquestioned No. 1 when it came to TV around the witching hour.

But Johnny got better and more dominant with age, just like a strong whiskey. He moved easily into his 50s and 60s, his hair getting grayer but his appeal not. His viewers got gray with him, and maybe that was part of it, too.

Joey Bishop made a run at Johnny in the late-1960s on ABC but even Rat Packer Bishop wasn't much of a threat. Then Johnny moved the show from New York to California in the early-1970s and his already impressive guest list got even better, as the bi…
Post a Comment
Read more

Actors call it typecasting, and it's a dirty word for them. It might as well be four letters in length.

Typecasting (aggh!!) has been the bane of many an actor, who gets pigeon-holed into a certain character or persona and, no matter how hard they try, can never really shake the image.

Typecasting isn't all bad, of course. Many an actor has made a mint playing the same character, either literally or similarly.

And, conversely, there have been cautionary tales of a performer getting restless and leaving a successful TV series, for example, in an effort to find something else, anything else, to play. And those folks ended up losing a boatload of money.

J.K. Rowling has been typecast---as an author.

Rowling, the rags-to-riches author of the "Harry Potter" series of books, decided that enough was enough and stopped writing the Potter books, despite the enormous fortune the stories netted her.

I don't know; if I was making the dough that Rowling was making---from the …
Post a Comment
Read more

I recently saw Comedy Central's roast of comedienne Roseanne Barr, and one roaster after the other ended their set in a similar fashion: by thanking her for being a trailblazer and for opening up opportunities for other female stand-up comics.

That's all well and good---Roseanne's successful, eponymous sitcom did indeed open up paths for other strong, sassy female characters on television.

But let's not forget who did Roseanne on stage before Roseanne did it.

Phyllis Diller kind of looked like Cruella DeVil on stage, with her long cigarette holder and her feathery boa and her wild, untamed hair. But Diller wasn't an evil, wretched woman---she was just funny, albeit sometimes in an evil, wretched way.

Diller would go on stage, as Roseanne later did, and complain about being a housewife. Diller called her husband Fang and he was the butt of a lot of her jokes. Poking fun at the defenseless, non-present spouse has always been a winner, whether the joke teller is male …
Post a Comment
Read more

In the history of the U.S. Presidency since 1865, on seven occasions the sitting president was unable to finish his term. All but one of those were due to death (Richard Nixon's 1974 resignation). And it should be pointed out that another of those seven, Franklin Roosevelt, died in office but in the beginning of his fourth term, which is a Constitutional impossibility these days.

So it's not all that common, of course, when the vice president has to step in and assume the reins of the Commander-in-Chief, mid-term.

Yet there is a fascination with the choice of presidential running mates every four years.

The vice presidency is a funny thing. You're, as they say, a "heartbeat away" from becoming the most powerful man in the world, yet while you're waiting for that to happen, you're as relevant as, well the vice president.

The job is, as former VP John Nance Garner once famously said, "not worth a bucket of warm piss" (yes, he said piss---not spit …
Post a Comment
Read more

BLT Must Have TLC

Adam Richman, the moon-faced foodie from The Travel Channel, has been setting out across America to find the country's best sandwich.

There are 12 finalists in "Adam Richman's Best Sandwich in America," which airs on TTC Wednesdays at 9:00pm.

Detroit is represented, as the Yardbird sandwich from Slows BBQ is among the final 12.

Sounds scrumptious, as do these sandwiches in Rector's story. But they all have one thing in common: a strong hint of hoity-toity-ness.

Nowhere in Richman's series or in Rector's story, which tells of the Freep's 2008 attempt to find the Best Sandwich in Metro Detroit, will you see a true American classic.

Give me a good ole BLT (or two) and you can have all your fancy-shmancy sammies.

You ever get the feeling that retail companies make changes that are for their own good, as opposed to that of their customers?

Or, to be more specific, they purport to use the wonders of technology to ostensibly make things go smoother for us, when in fact you get the sneaking suspicion the advantages are enjoyed totally by them.

You likely deal with this all the time when you call the (ironically) phone company, cable/dish company, or any of the major utilities.

The recorded message comes on, asking you, basically, what the hell you want.

If there was a human being on the other end of the line, the conversation would be about as brief as this:

Human being at company: Thank you for calling Acme Company. How may I help you? (or, "How may I direct your call?")

Human being: OK, let me transfer you to the billing department.

You: (delighted with the efficiency) Thank you!

A Savior Among Them?

It's been almost 40 years since the election of a Detroit mayor has had even a sniff of excitement and suspense to it.

It was back in 1973, when Coleman Young, a rabble-rousing Civil Rights proponent, squared off against incumbent Roman Gribbs. Young became the city's first black mayor.

And to this day, Gribbs remains Detroit's last white mayor.

Once Young got a toe hold in the mayor's office, there wasn't anyone who could slow him down, let alone stop him.

In all those elections, Young cruised to victory. Even U.S. Rep. John Conyers' brief run in '89 was ineffective against Hizzoner's machine.

The 1993 election, won by Dennis Archer, had a smidgen of suspense, but Archer was seen as the anti-Young and the city was in the mood for a change---at least in terms of personality and age.

Nothing suspenseful or all that important about the 1997 election, either, which kept Archer in office for four more years. 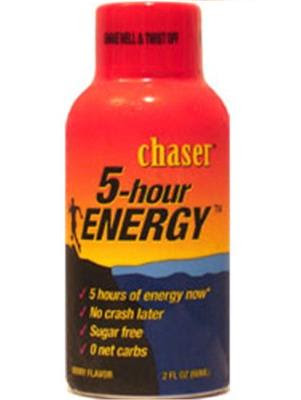 If you watch TV advertising these days, it seems as if the country needs help going to sleep and waking up, and with plenty of things in between.

Like my lovely wife so astutely pointed out, "It's like this country has turned into one big Elvis Presley."

Meaning, TV advertisers look at us like the late rock-and-roll and pop stars, who infamously would take gobs of pills and other meds to sleep, and gobs more to get themselves back up, and gobs more just to get through the day.

I'm uneasy as to where we're headed.

Last night it struck me. I've never professed to be a fast learner.

The 5 Hour Energy commercials stick in my craw. They dismiss coffee as either taking too lo…
Post a Comment
Read more
More posts